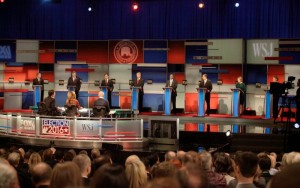 The Fox Business Network’s first-ever Republican presidential debate was largely considered a success, with Tuesday night’s moderators earning rave reviews compared to their colleagues on CNBC, who were considered to have bungled their October debate.

According to CNN’s media reporters, social media and the candidates themselves praised moderators Neil Cavuto, Maria Bartiromo, and Gerard Baker as “terrific” and “great,” and expressed gratitude that the event focused largely on economic policy rather than interpersonal squabbles.

Television ratings are expected at midday Wednesday and will likely show the channel’s highest ratings ever. Read it more at CNN.