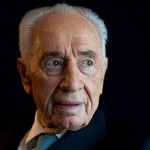 Israel’s 92-year-old former president was rushed to a hospital near Tel Aviv from his home this morning after he fell ill with chest pains and a check-up found an irregular heart rate, his spokeswoman Ayelet Frisch told Israeli Army Radio, the AP reported.

His doctor, Raphi Walden, said Peres had a “mild heart attack” but that “his condition is excellent” following a successful cardiac catheterization.

“I would like to calm the people of Israel,” Walden told reporters outside the Tel Hashomer hospital. “He feels very well and he is awake. He was awake the whole time and he is only worried about the continuation of his schedule.”

Walden said that Peres was expected to stay in hospital for “a few days.”

“We expect that within a short time he will return to normal,” he added.