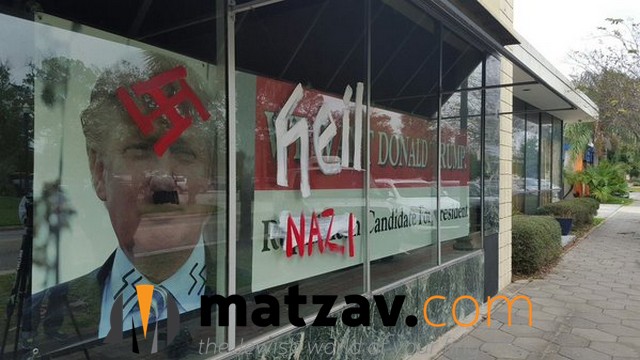 Someone painted a swastika on a Donald Trump presidential campaign ad in Jacksonville, Florida.

The defaced sign was visible on a storefront window near Park Street and Kings Road in Riverside.

A swastika with Trump’s likeness was painted along a road in Atlanta in December, days after Trump’s controversial call to ban Muslims from entering the United States.

The symbol, which includes a cartoon of Trump sporting an Adolf Hitler-like mustache, was painted along the Buford Highway Connector Dec. 9 or 10.

A second, similar image was found on a concrete bridge support on nearby Piedmont Road.