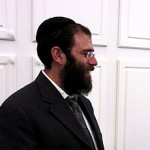 It’s been a little more than two months since Federal Judge Patricia A. Seitz ruled that Florida prisons serve kosher food to inmates who request it, and the effects have already been far-reaching.

“Since the August 12 victory, we’ve observed that Jewish inmates in the Florida penal system have been served real kosher food,” says Rabbi Menachem Katz of the Florida-based Aleph Institute, which caters to the spiritual needs of incarcerated Jews and their families. “This is a tremendous accomplishment. Before, the prisons would sometimes provide ‘kosher’ meals that fell short of normative understanding of Jewish law, and this is now a thing of the past.”

Other states have taken note of the ruling, which includes provisions for federal oversight, training and other mechanisms to ensure that prisoners are accorded their religious dietary rights. In fact, Katz says he is currently working with the State of Georgia, which voluntarily chose to revamp its kosher meal plan in order to conform to the Florida ruling.

“Finally, after 20 years of litigation, the pendulum is swinging towards fairness and accommodation,” notes Katz, who has been with Aleph since 1994. “It was also particularly gratifying to see that the plaintiffs in this case were the United States Department of Justice. It’s not an individual prisoner, the ACLU or another advocacy group, but the federal government itself that recognizes the need to provide for the religious needs of prisoners.”

While costs were noted by the penal system as a preventive for serving kosher food, Seitz determined that the issue was moot.

Still, Katz concedes that there is more work to be done. The meals, often along the lines of sardines and peanut butter, are subpar even by prison standards; some other states have yet to offer true kosher meal plans; and there is the possibility that the Florida Department of Corrections may choose to appeal the ruling.

Yet Katz welcomes the possibility of further litigation.

“If this gets taken to the circuit court, I think there is a very good chance that the ruling will be upheld,” he says, “and that will just serve to further bolster its strength, both here in Florida and as a precedent for states across the nation.”