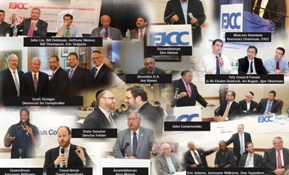 With the General Election upon us, the Flatbush Jewish Community Coalition (FJCC) has launched a multifaceted Get Out The Vote (GOTV) effort to encourage the community to turn out at the polls in strong numbers.

The FJCC has previously met with numerous candidates for elected office, and in conjunction with local Yeshivas, Bais Yaakov’s and Shuls, put into action a large grass roots effort, to increase voter turnout in the broader Flatbush Jewish Community.

The impact of the number of voters has ramifications for the community long after Election Day. Voting numbers are calculated by elected officials and used as a guide to better direct financial support and city services. Many voters seem unaware that their vote really counts, when in reality, recent elections have been won and lost by a handful of votes.

The level of governmental assistance to local organizations and schools is very dependent on which neighborhoods turn out a more robust vote. Previous Gedolim like Harav Moshe Feinstein ZTL, and Harav Yaakov Kaminetzky ZTL, were clear and unambiguous that it is incumbent on every Jewish person to vote, both for Hakoras Hatov and to contribute to the continued security of our community.

The FJCC strongly urges and encourages all registered voters to stand up and be counted TODAY, Election Day.

Polling stations are open from 6 AM until 9 PM.

It is important to note that some polling sites have changed.

To find out where to vote:

To find out voter registration status: