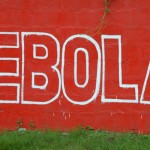 A patient admitted to a Dallas hospital has tested positive for Ebola, the Centers for Disease Control and Prevention announced today.

This marks the first case of a person diganosed with Ebola in America, after the virus killed more than 3,000 people and infected thousands more across West Africa this year.

The CDC said several family and community members may have had contact with the patient, but that there are no other suspected Ebola cases in Texas. Any people the patient has made contact with would be placed in isolation and monitored for 21 days, the maximum time Ebola patients are contagious.

“Bottom line here is that I have no doubt that we will control this case of Ebola, so that it does not spread widely in this country,” CDC director Dr. Thomas Frieden said at a press conference. Read more at the Dallas Morning News.