The skyline of the historic Jewish cemetery in the city of Tzefas was lit up on Monday night by large flames forcing way the many visitors to the kever of the Arizal on the day of his yahrtzeit.

The annual pilgrimage to the resting place of famous Kabbalist, Rav Yitzchak Luria (1534-1572), the Arizal, was brought to a full stop as a fire spread about the gravesites.

Official and volunteer emergency personnel were seen evacuating the public from the area. No injuries were reported.

People from around Israel travel annually to Tzefas to mark the yahrtzeit. 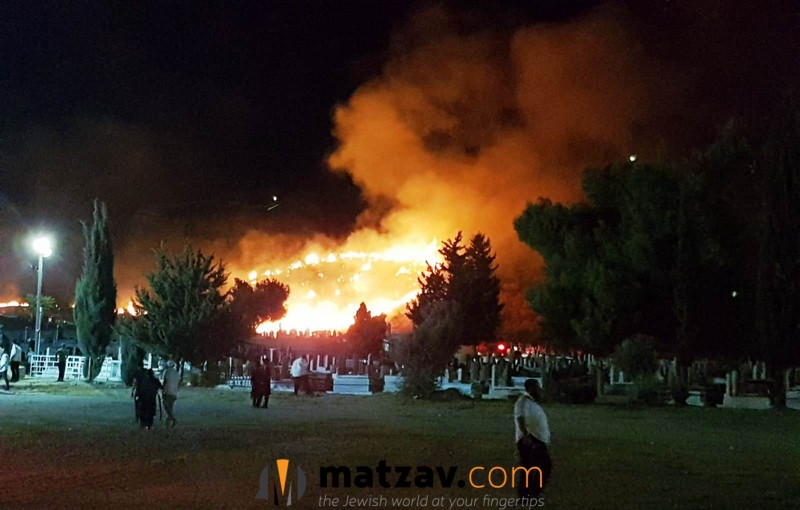 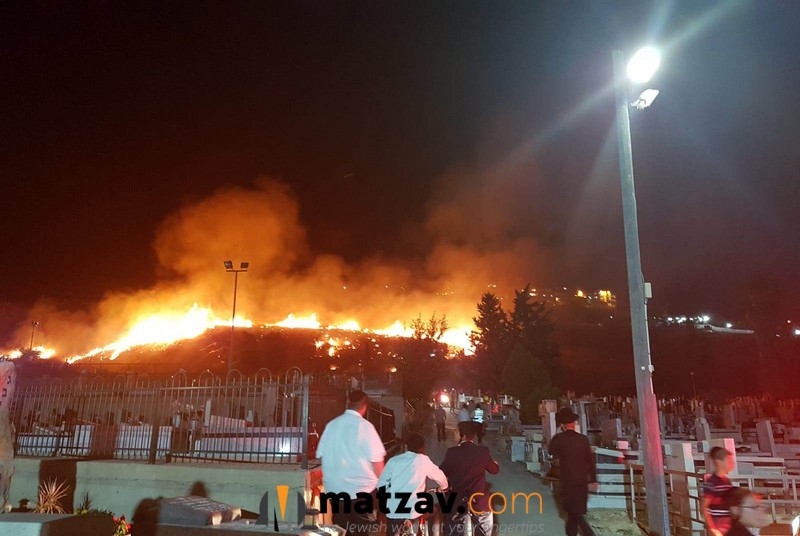 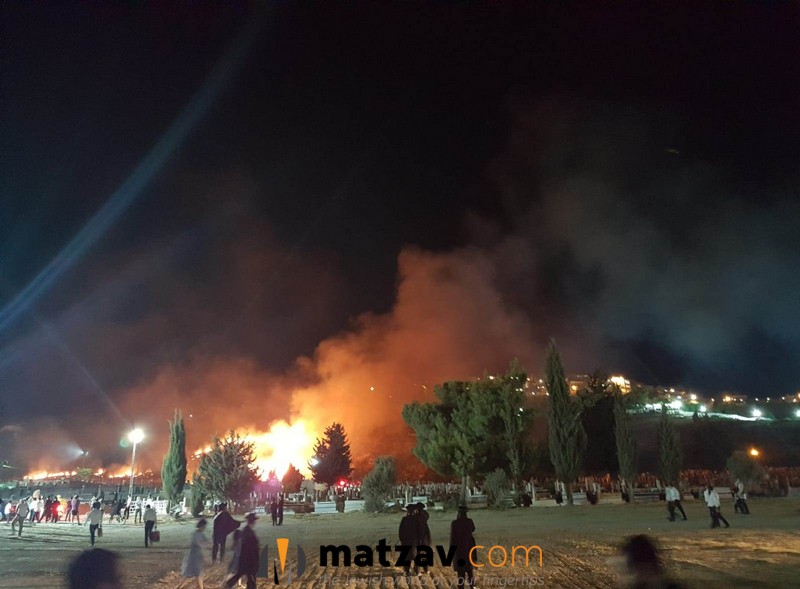