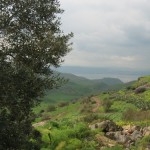 Forty Filipino United Nations peacekeepers escaped in the night after being surrounded and attacked by rebels in the Syrian side of the Golan Heights.

The soldiers were first attacked Thursday. About 35 peacekeepers were escorted out initially but forty remained trapped and under attack by more than 100 gunmen. After defending themselves for hours, the peacekeepers were able to flee overnight.

Gen. Gregorio Pio Catapang called their escape “the greatest escape” Sunday from Manila in the Philippines, reported the Associated Press. Meanwhile the fate of 44 Fijian peacekeepers also detained at the Israel-Syria border in the Golan Heights by the al-Nusra Front, an affiliate group of al-Qaeda in Syria, remains unknown.

“At this time, no additional information on their status or location has been established. The United Nations continues to actively seek their immediate and unconditional release,” the U.N. press office said in a statement according to Reuters.