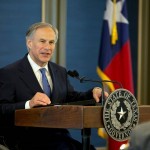 Federal authorities have arrested two Middle East refugees in California and Texas on terror-related offenses, according to a criminal complaint unsealed on Thursday.

Aws Mohammed Younis Al-Jayab, 23, and Omar Faraj Saeed Al-Hardan, 24, are both Palestinians born in Iraq who came to the United States as refugees. Authorities said the arrests did not appear to be directly related, but the cases had several similarities.

Both men were charged with lying to authorities about alleged connections to terrorist organizaitons. Al-Jayab, who came to the U.S in 2012 and was arrested in Sacramento, reportedly used social media to talk about his intention to return to Syria.

Al Hardan, who arrived in 2009 and was granted permanent residency in 2011, was also charged in Houston with attempting to provide material support to ISIS and procurement of citizenship or naturalization unlawfully. Read more at CNN.