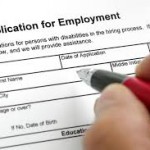 President Obama is set to announce Monday an executive order directing federal employers to not ask about a job applicant’s criminal history until later in the hiring process.

According to The Huffington Post, many states and cities have already looked to remove the checkbox on applications asking if the applicant has ever been convicted of a crime, but the order comes as a response to some federal contractors and employers still asking. Read more at The Huffington Post.