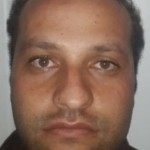 A Palestinian terrorist was turned into Israeli security forces by his own father, who feared that harboring his son would result in the demolition of the family home.

Ahmad Matua, 28, of Chevron, killed R’ Ya’akov Litman, 40, and his 18-year-old son Nesanel, and injuring several others, in a shooting attack near Chevron on Friday.

The Shin Bet security agency has arrested a dozen suspects in connection with the attack. Matua reportedly bragged to his brother that he had carried out the shooting. His brother then told their father, who decided to turn his son into Israeli authorities.

The father reported his son’s actions to soldiers stationed at one of the checkpoints near Chevron on Sunday. They relayed the information to the Shin Bet, and Matua, an Islamic Jihad sympathizer, was arrested in a joint operation involving the IDF’s Judea Division, the Duvdevan special forces, and the Shin Bet.