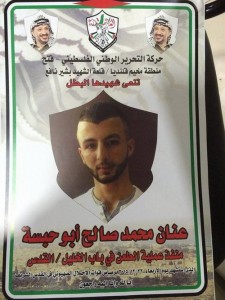 Two official Fatah announcements with pictures of the two Arab terrorists were posted on Gendelman’s Twitter account. The pictures included the Fatah logo and pictures of their founder, Yasser Arafat.