Yaffa Eliach, a survivor and historian of the Holocaust who memorialized its victims not by recording their deaths but by remembering their lives in a massive photography collection that became a centerpiece of the U.S. Holocaust Memorial Museum, died Nov. 8 at her home in New York City.

She was 81 and had dementia, said her husband, David Eliach.

Among the 1,500 images displayed in the Holocaust Museum’s three-story Tower of Faces is one that depicts a bright-eyed girl in a gingham dress and surrounded by chickens, her face locked in a permanent expression of curious delight. The girl was Dr. Eliach. The photo was taken on the day in June 1941 when Germans occupied her home town, the Lithuanian shtetl of Eishyshok, southwest of Vilna.

Three months later, Nazi mobile killing units, called Einsatzgruppen, would descend upon the town and execute nearly its entire Jewish population of 3,500 in two days. Eliach, who was hiding with a Polish housekeeper, was one of 29 to survive.

Along with her parents, who also had evaded capture, she would later hide for a period in the attic of a carriage house. There, her infant brother was suffocated in an effort to muffle his cries when Germans entered the building. They found refuge in a pit beneath a pigsty, where Eliach used the earthen wall as a chalkboard, learning the Hebrew alphabet.

Her father passed the time by telling her stories about the holidays, weddings and other happenings in the place that had been Eishyshok. Those stories were the ones she would seek to preserve after her liberation in 1944, and after her immigration to Israel and ultimate settlement in the United States.

As a professor at Brooklyn College, Eliach helped build the field of Holocaust studies in U.S. universities. But she forged perhaps her most lasting legacy through a 17-year odyssey that took her across the diaspora to collect photographs and other documentation of every Jew who lived in Eishyshok in the 20th century. She considered Eishyshok – now Eisiskes – the “paradigm of Eastern European shtetl life” that was extinguished by the Nazis.

“We have traditional symbols of the Holocaust – striped uniforms and cattle cars,” Eliach once told The Washington Post. But she did not see the victims “as bones and skulls, dehumanized prisoners without a name, hair or clothes. I wanted to show them going to school, skating, skiing, picking flowers.”

Because so few residents of Eishyshok survived, the search for their traces was an arduous undertaking. Eliach helped one man exhume photographs that he had buried in a tin in Israel. She located other photos in a former synagogue located in Detroit.

Some photographs belonged to families so needy that they lent her their relics in exchange for medication or Reebok shoes. Eliach reportedly took out a loan on her life-insurance policy and spent $600,000 of her own money on the project.

“My family was very well to do in Eishyshok and the next day we had nothing,” she told the Globe and Mail. “One day I was well dressed and the next I was drinking water from the lake and looking for something to eat. Money lost its importance in my life.”

Eliach reported that she located photographs of 98 percent of the Jews of Eishyshok. The collection became a principal exhibition at the Holocaust Museum in Washington after it opened in 1994.

Printed on enamel tiles, the images were installed in a tower that reaches from far below a footbridge up to a skylight from which sunlight rains down. Eliach insisted that no photo be cropped. The images capture people enjoying life – playing the accordion, smoking a cigarette, swinging in a hammock.

One photograph shows a woman and her sister-in-law, both named Shoshana. During the massacre, the first woman’s husband was permitted to choose one person, his wife or his sister, to be spared. He selected his wife. His sister died then; later, the couple died, as well.

Eliach collected the images in “There Once Was a World: A 900-Year Chronicle of the Shtetl of Eishyshok” (1998), which became a finalist for the National Book Award. The title came from her father’s reaction to her project.

“At least the people, and perhaps even God, will remember,” he said, “that there once was a world filled with faith, Judaism and humanity.”

Yaffa Sonenson was born in Eishyshok – located in what was then Poland – on May 31, 1935, her husband said. Other sources reported the year of her birth as 1936 or 1937. Her maternal grandparents were professional photographers.

After the liberation of Eishyshok, according to Eliach, Polish partisans shot her mother and baby brother, an account that was challenged by some Polish American groups.

She settled in the United States and studied history, receiving a bachelor’s degree in 1967 and a master’s degree in 1969, both from Brooklyn College, and a PhD in 1973 from the City University of New York.

Her 1982 book, “Hasidic Tales of the Holocaust,” contained 89 stories of Holocaust victims finding what she described as “a glimmer of hope, a hint of laughter” amid their suffering.

In 1987, for the first time since World War II, Eliach returned to Eishyshok and visited the town’s mass grave.

“All the Jews in the town were buried there, but I didn’t feel like I was standing on a grave,” she told the Forward in 2003. “They were talking to me. They were saying, show the world that we are normal people!” 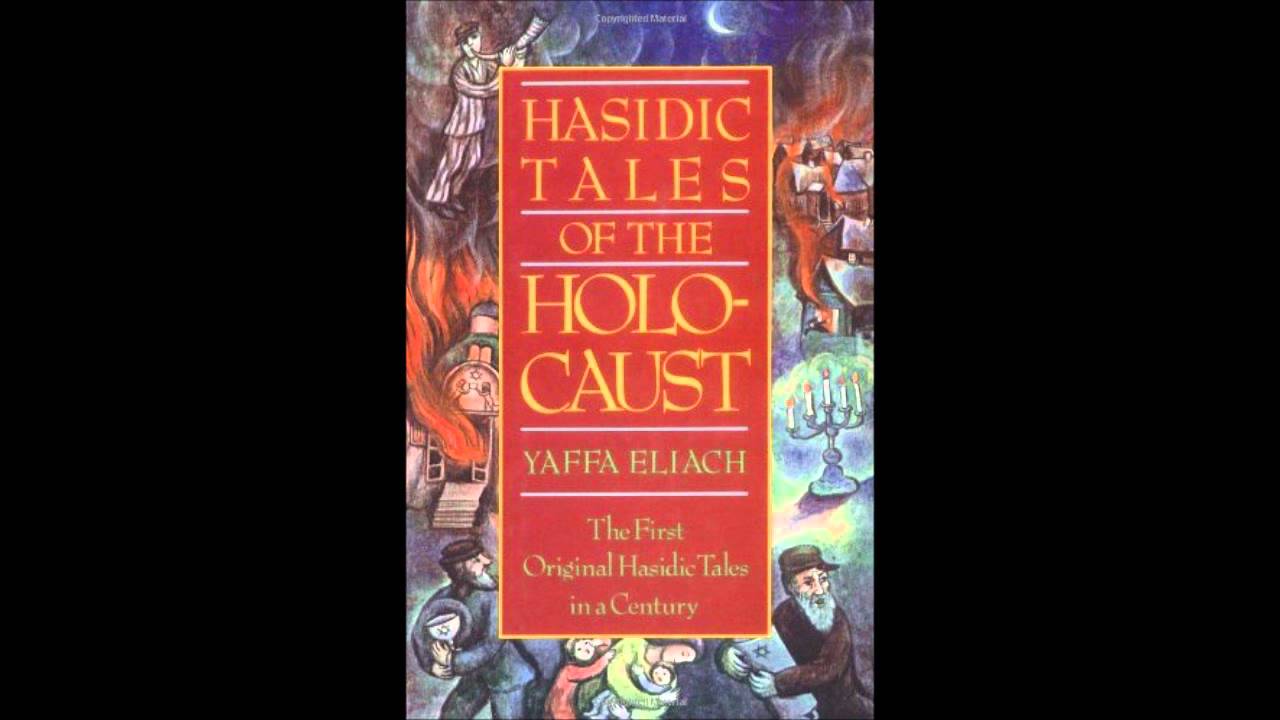