A letter allegedly released by the Vaad Hakashrus of Flatbush which said that they do not discriminate based on sexual orientation and that the hechsher strictly certifies the kashrus standards and not an establishment’s ambiance has now been declared a forgery by a new letter published late Friday.

The Vaad Hakashrus has not returned a request for a comment.

The original letter posted by the Vaad Hakashrus: 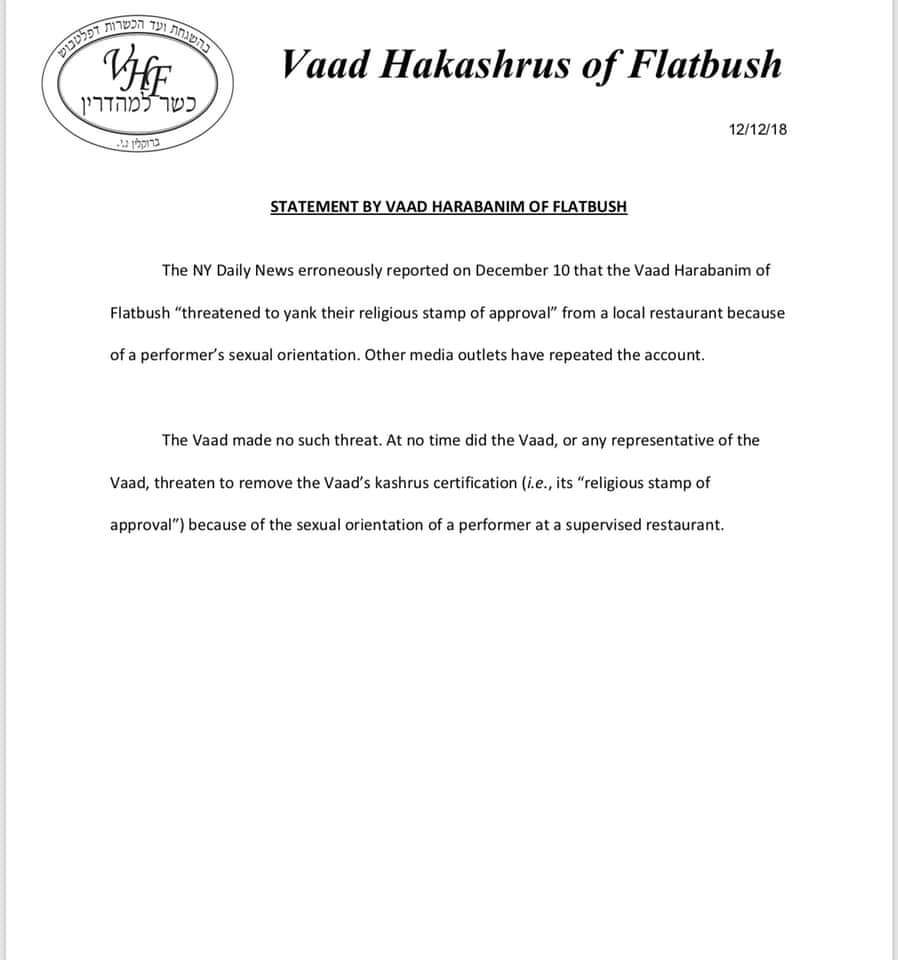 The second letter which is now under question: 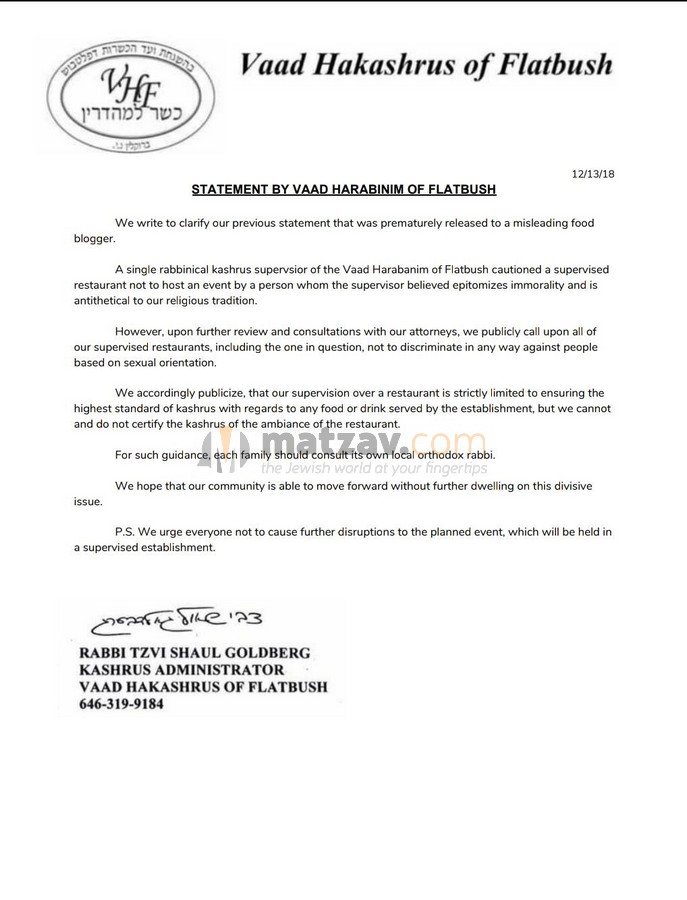