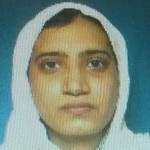 Tashfeen Malik, the Pakistan-born assailant who killed 14 people with her husband at a holiday party, attempted to contact Islamic terrorist groups and was ignored, U.S. government sources told Reuters on Thursday.

It’s unclear how many groups Malik tried to contact, but the organizations included al Qaeda’s Syria-based affiliate, the Nusrah Front, according to the government sources. Investigators have little evidence that Malik or her husband, Syed Rizwan Farook, had any direct contact with ISIS, the government sources said.

The FBI and the San Bernardino County Sheriff’s Department on Thursday sent a team of divers to search a nearby lake, where investigators believe the couple visited on the day of the attack, according to an FBI spokesman. Officials declined to say what divers were looking for. Read more.