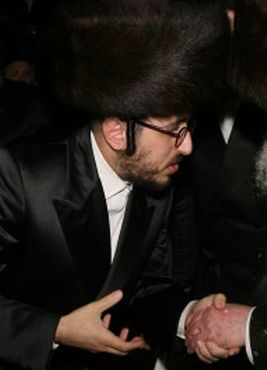 Over the past year, Matzav.com has been involved in and has done extensive research regarding the situation surrounding concerts in frum communities in the United States, and we will relay as much of the story as we can at this point.

A meeting of the Moetzes Gedolei HaTorah of Agudas Yisroel of America was convened last year to discuss a plan of action for concerts that will take place in the future.

Matzav.com, after consulting with a number of the roshei yeshiva in the United States, has learned that most felt that concerts may be held, but they said that there must be set guidelines to be followed regarding the performers, the style of music, intermissions, and separate seating. The rabbonim said that they cannot decide what should or should not be allowed in Eretz Yisroel. The gedolim there will deal with the issues in that country. As far as America is concerned, however, they see the challenges facing our communities, the diverse backgrounds, and the issue of kids-at-risk, amongst other important matters. The rabbonim felt – and still feel – that there is a strong need to provide kosher outlets for members of our communities, especially children and young adults.

There were some rabbonim who expressed their feeling that any gathering of many people that is not for the sake of Torah should not be held at all.

However, most of the gedolei harabbonim did not concur with this view, and maintained that if our generation were holding on such a high level, it would indeed be a wonderful thing. The reality, the rabbonim said, is that this is simply not the case. If there would not be kosher outlets, people will seek sources of entertainment elsewhere and will find options that are far worse to their spirituality.

This past year, many concerts held in the spirit of Torah took place, with the proceeds going to support prominent tzedakah organizations. These events were held in accordance with the view of the majority of rabbonim who never intended to ban all concerts. Rather, their intention was to reinforce the idea that concerts should be comprised of kosher entertainment that does not contradict the spirit of the Torah.

Sheya Mendlowitz, the producer of this year’s “The Event” concert, scheduled for Sunday, March 1, has consulted with his rabbonim, as he has always done in the past, concerning the outline for the upcoming event. Additionally, Matzav.com has confirmed that he has gone to consult with many of this generation’s leading roshei yeshiva and rabbonim in the United States to inquire as to how he can make this event a true kiddush Hashem and hopefully recoup the lost money for the tzedakah organization which had invested in last year’s cancelled event.

Both Sheya and Lipa Schmeltzer, who will be singing at this year’s event, sat for hours with many roshei yeshiva and rabbonim, discussing every detail of the program. The rabbonim have all recognized Lipa’s extraordinary talents and feel that, if directed properly, he could make the event a truly uplifting one – one that will set a precedent for all future concerts. With his unique ability to sing songs that can bring people to tears and sing lebedike songs that can cheer people up, the event can be an uplifting one, not a wild one that is not in the spirit of Torah.

Many of the roshei yeshiva and rabbonim that Matzav.com contacted were strongly supportive of this move, explaining that the outcome of a new event with a program that conforms to the spirit of the Torah would be a big kiddush Hashem. It would make a statement that the style of Jewish music, and the way it has changed over the past years, had to be reexamined. They have hoped that if this event were designed and orchestrated in a proper fashion, in accordance with the spirit of Torah, it would set a standard for all future concerts to follow.

This past year, Lipa has received much chizuk from the rabbonim with whom he has met and consulted. He has promised publicly and told Matzav.com that he will refrain from singing songs that originate from unacceptable sources and performing in a manner that does not conform with the spirit of Torah.

With all this in mind, and desiring to prevent last year’s hullabaloo from recurring this year, rabbonim met with Sheya and Lipa privately and gave them their consent and divrei bracha. The event organizers were instructed that if any person has a legitimate concern or objection, the organizersÂ should privately direct him to the roshei yeshiva and rabbonim involved, without broadcasting any dialogue. They feel that to prevent damage that has been brought about in the past, the most effective way to deal with the matter is in private.

{This article was written by Chaim Abramowitz and Yosef M. Shubert for Matzav.com – The Online Voice of Torah Jewry.}