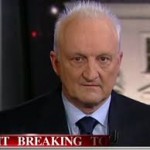 Phillip Haney, a former Homeland Security employee who was part of an operation in California to investigate possible terrorists, told Fox News that if the Obama White House had not shut down his program in 2012, he could have prevented last week’s San Bernardino attack that killed 14 people.

Haney, appearing Thursday on Fox News Channel’s “The Kelly File,” said his program identified the mosque attended by Syed Farook, who with his wife, Tashfeen Malik, carried out the mass shooting, as being the home of a group of individuals already being investigated.

“As we were tracking them, we would have put the red light on them,” Haney said.

Farook traveled to Saudi Arabia and obtained a fiancée visa for Malik to enter the country in 2014 even though she reportedly had been radicalized in Saudi Arabia before moving to the United States.

Haney, a founding member of the Department of Homeland Security, said he filed a Freedom of Information Act request to find out why the plug had been pulled on his program.

The reason, he said, was because the administration said the case was based on targeting a specific Islamic group.