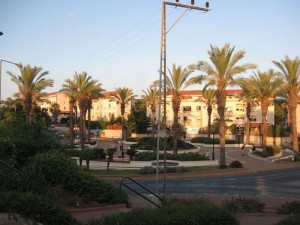 European Union Ambassador to Israel Lars Faaborg-Andersen said on Wednesday that products produced over the pre-1967 lines should not be labeled as “made in Israel.”

Faaborg-Andersen, who will be speaking at the fourth Jerusalem Post Diplomatic Conference in Jerusalem on Nov. 18, made the statement to the Jerusalem Post in defense of new guidelines for EU members on placing labels on products produced beyond the so-called Green Line.

Israeli Deputy Foreign Minister Tzipi Hotovely, who is set to travel to Europe to campaign against such labeling of products beyond the Green Line, said that “boycotting products from Judea and Samaria is a boycott against Israel” and “a delegitimization of the state of Israel.”

In addition, because many Palestinians work side by side with Jews to produce products across the Green Line, “when you impose labeling, you harm 10,000 Palestinian families,” said Hotovely, who recently visited a factory in which 60 percent of the employees were Palestinians.

Israeli opposition leader MK Isaac Herzog of the Zionist Union party said labeling products “won’t contribute to the end of the conflict and will only inflict serious economic harm on tens of thousands Palestinians whose work in factories in Judea and Samaria enables them to support their families.”