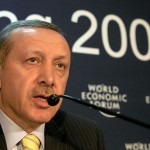 The meeting with Lauder, scheduled amid the 69th session of the United Nations General Assembly taking place this week, was cancelled at the last minute after the WJC delegation wanted to reschedule the meeting from Monday morning, the Turkish Doğan news agency reported.

In its original report on the planned meeting the English-language Turkish newspaper the Daily Sabah stated that Erdogan “has previously vowed to protect the rights of the Jewish community in Turkey and has asserted that the government will never let the Jewish people in Turkey get hurt.”

But this summer, during Israel’s Operation Protective Edge, Erdogan had accused the Jewish state of committing “genocide” and waging “terrorism” against the Palestinians. Erdogan also said Israel’s “barbarism has surpassed even Hitler’s” and dismissed the possibility of normalizing relations with Israel. Under his leadership, Turkish newspapers have printed columns calling on Turkish Jews to a apologize for Israeli actions.

In July, Erdogan agreed to return the “Profile of Courage” award he had received from the American Jewish Congress in 2004 for working to help bring peace to the Middle East and his commitment to protect the Jewish community in Turkey.