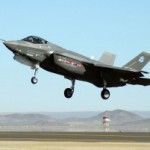 Egyptian Air Force planes have purportedly been using Israeli airspace to carry out attacks against Islamic State terrorist fighters in the Sinai Peninsula.

According to a report by Yediot Achronot, the Egyptian warplanes, likely with Israeli permission, have carried out several bombing missions in recent months mostly in the triangular border area between Israeli territory, Egypt, and the southern Gaza Strip.

Under the 1979 Egyptian-Israeli peace treaty, Israel must agree to allow Egyptian military forces to operate in the Sinai Peninsula. While over the last few years Israel has permitted Egyptian forces in the Sinai to combat the Islamic State fighters, use of Israeli airspace by Egyptian warplanes is unprecedented.