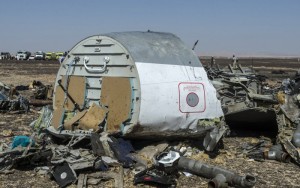 Russia is calling claims that a bomb brought down a passenger jet over Sinai “speculation,” while Egypt said there is “no evidence” yet to prove such a theory.

“Theories about what happened and the causes of the incident can only be pronounced by the investigation,” Kremlin spokesman Dmitry Peskov said. London ordered British airlines’ flights to be suspended from Egypt’s Sharm el-Sheikh airport, saying it was “more likely than not” that a bomb took down the plane. Read more at BBC News.