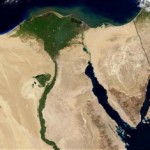 Egypt and Israel refused to reduce the U.S.-led peacekeeping force in the Sinai Peninsula after the Multinational Force and Observers (MFO) as well as some of its 12 contributor countries proposed to withdraw about one-fifth of the troops due to concerns over increased violence, an Egyptian official said on Tuesday.

Six troops were wounded by a roadside bomb in September, and the MFO believes they are too vulnerable. The Egyptian military has been battling an Islamic State-affiliated terror group in the Sinai Peninsula.

“We said this is not the proper time, during a war on terrorism. It would give jihadists the wrong message,” an Egyptian official told Reuters. “That was the main outcome: No talks about any reduction now.”

The MFO wanted the 400 troops to be replaced with remote surveillance equipment, the official said.

The proposal was reviewed at a meeting last week in Rome with Egypt, Israel, and a U.S. delegation in attendance.

Nearly 1,900 peacekeepers are positioned in the Sinai to monitor its demilitarization, in accordance with the terms of the 1979 Egyptian-Israeli peace accord.