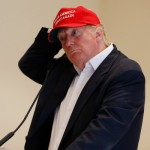 An enormous $6 billion golf project in Dubai has decided to drop the Trump moniker from its name Thursday after his remarks about limiting Muslim remarks.

Damac Properties had previously said it would stand by the Republican presidential frontrunner after his recent hate speech, but his name and image were reportedly removed from the United Arab Emirates project Thursday.  Read more at USA Today.