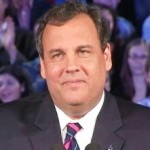 The co-author of a new book on the 2012 presidential election says this week that New Jersey Gov. Chris Christie’s background would not hold up under presidential scrutiny if he decides to run in 2016.

“He’s about to come under a level of scrutiny that, for all the attention he’s gotten, he’s never had before,” John Heilemann said on Friday on HBO’s “Real Time with Bill Maher.”

Using the dossier used by Mitt Romney’s campaign to examine Christie’s background, Heilemann and Mark Halperin wrote the sections about the governor in their new book “Double Down: Game Change 2012.”

They concluded that ethical issues kept the former Massachusetts governor from selecting Christie as his running mate last year in the campaign against President Barack Obama.

“Mitt Romney’s vettors looked into him really carefully – and they came away with a lot of questions about his background, questions he wouldn’t answer,” Heilemann said on Friday.

“You can be well known in a state, and you can get a certain kind of coverage,” he continued. “But once you step onto the national stage – and this is what Mitt Romney knew about Chris Christie – it’s a whole different ballgame. He’s going to have to face that in a really severe way in the coming months,” Heilemann said.