This Motzoei Shabbos, Dirshu, celebrating its 20th year, will hold its annual convention. Dirshu, under the direction of its founder and Nasi, Rav Dovid Hofstedter, has caused a revolution in the Torah world: shiurim, tests, kiruv and more.

The Keynote session at the Dirshu Convention to be held at the Crowne Plaza Hotel in Stamford Connecticut will be Livestreamed here. The highlight of the Motzoei Shabbos session beginning at 8:45 PM, will be a siyum on Masechta Bava Metzia and addresses by HaGaon HaRav Berel Povarsky, shlita, Rosh Yeshiva at the Ponevezh Yeshiva in Bnei Brak, HaGaon HaRav Aharon Feldman, shlita, Rosh Yeshiva of Ner Yisrael, Baltimore, Dayan Yonasan Abraham, shlita, a member of the London Beis Din and Rav of the Toras Chaim Shul in Hendon, North West London, HaGaon HaRav Binyomin Eisenberger, shlita, Rav of Kehal Heichal Hatefillah in Boro Park, and Rav Dovid Hofstedter, Nasi Dirshu.

The Melave Malka is open to the public and bussing will be provided from major Jewish centers. RSVP is recommended for bussing by calling 1-888-5 Dirshu, ext. 153 or emailing, [email protected]

Those that cannot make it in person can still participate in the entire siyum that will include all of the drashos delivered by the gedolim and live musical interludes throughout with songs of regesh, hodaah and simcha, led by R’ Isaac Honig and the Shira Choir. All will be available live on this website.

The simcha of thousands making a siyum on a masechta on which they were tested is a simcha that goes beyond the individual. It is a siyum for all Jews to celebrate. It is for that reason that the general public has been invited to join at the sit down Melave Malka siyum catered by Michael Shick. They will sit together with the mesyamim, celebrate with their brothers and dance with live music as they hear the moving, powerful words of Gedolei Yisrael who will passionately address the assemblage

For an evening of chizuk in Torah and beautiful music expressing the joy that comes with learning Torah, don’t forget to tune in on Matzav.com at 8:45 this Motzoei Shabbos. 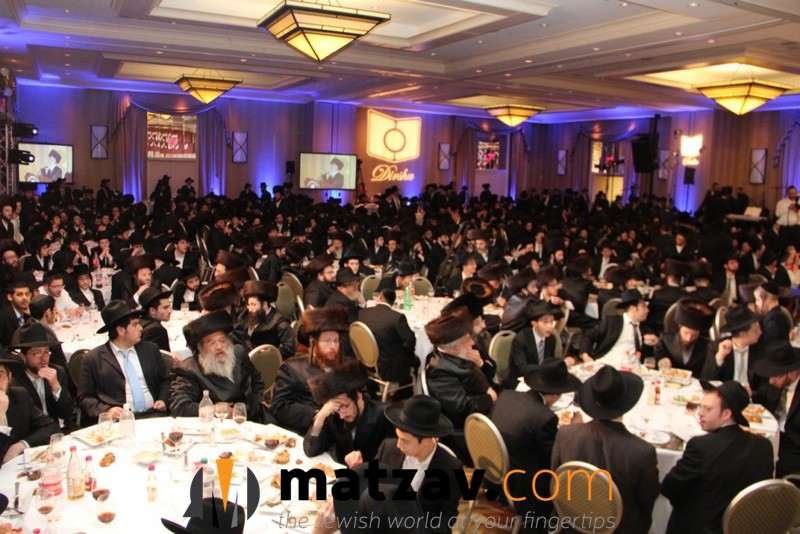