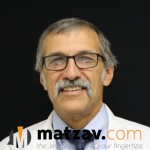 Gershon M. Pincus, an American dentist whom the Defense Department deemed a security threat for having family in Israel, will keep his job at a naval dental clinic in Saratoga Springs after the federal government, in a striking reversal, granted him security clearance to work in the military.

The decision marked an about-face from September, when, as first reported by Matzav.com, the Pentagon denied the civilian dentist security clearance on the grounds that he frequently talks on the telephone with his mother and siblings in Israel.

The leadership of the Orthodox Union welcomed the Pentagon’s reversal of its decision to deny security clearance to Dr. Gershon Pincus due to alleged “divided loyalties” between the U.S. and Israel.  The initial denial was a decision made September by the federal Office of Personnel Management.

Dr. Pincus, a 62-year-old civilian dentist from Queens, was apparently denied clearance in September to work at an off-base Naval clinic in Saratoga Springs, N.Y. because of the federal Office of Personnel Management’s (OPM) concern, which cited the fact that Dr. Pincus’ mother, brother and sister live in Israel, according to the OPM’s Statement of Reasons document.

Dr. Pincus was informed by a Navy commander last week that officials had completed an investigation into his background, found that he didn’t pose a threat and wouldn’t lose his job, according to a report in the Albany Times Union newspaper.

Nathan Diament, the Orthodox Union’s executive director for public policy, stated:  “We are pleased to see that the Pentagon corrected its wrongful decision to assert Dr. Pincus has divided loyalties just because he is an American Jew with family in Israel.  We encourage the Obama Administration to review the security clearance process so that such cases do not arise in the future.”