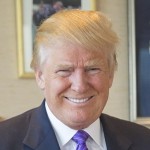 Republican presidential front-runner Donald Trump is disputing an Associated Press report that the businessman was planning a trip to Jordan this month.

The real estate mogul tweeted this evening, “Despite my great respect for King Abdullah II, I will not be visiting Jordan at this time. This is in response to the false @AP report.”

The Associated Press had reported minutes earlier Tuesday that Trump would visit the majority-Muslim country. This report came on the heels of the real estate mogul’s latest call for banning all Muslims from coming into the United States until elected leaders can “figure out what is going on.”

The report said Trump would make this visit while traveling to Israel and would have Secret Service accompany him on the trip.

Trump’s latest comments ignited a firestorm of criticism, with many of his GOP presidential rivals and leaders within the party distancing themselves from his proposal.

The real estate mogul has previously called for heightened surveillance of Muslim Americans and mosques.

But Trump maintains his lead in the GOP presidential field with 29.3 percent support, according to a RealClearPolitics average of national polls.