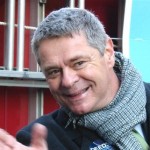 The Democratic mayor of Roanoke, Virginia said he does not want Syrian refugees in his town—and used U.S. internment of Japanese citizens during World War II to make his case.

“I’m reminded that President Franklin D. Roosevelt felt compelled to sequester Japanese foreign nationals after the bombing of Pearl Harbor,” David Bowers said Wednesday, “and it appears that the threat of harm to America from ISIS now is just as real and serious as that from our enemies then.”

Bowers wants to suspend and delay any help for refugees being resettled by the federal government.

The Supreme Court in 1944 ruled the internment was not constitutional and in 1988 the U.S. paid reparations to families. Read more at Roanoke Times.