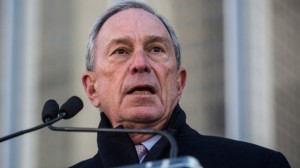 “This evening I will be flying on El Al to Tel Aviv to show solidarity with the Israeli people and to demonstrate that it is safe to fly in and out of Israel,” the billionaire ex-mayor said in a statement posted on his website.

“Ben Gurion is the best-protected airport in the world, and El Al flights have been regularly flying in and out of it safely. The flight restrictions are a mistake that hands Hamas an undeserved victory and should be lifted immediately. I strongly urge the FAA to reverse course and permit U.S. airlines to fly to Israel.”

The FAA on Tuesday said the ban – for at least 24 hours – was instituted after a rocket landed about a mile away from Ben Gurion International Airport. Other international carriers also suspended flights to Israel’s main airport.