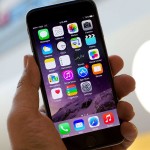 A 68-year-old pensioner is suing Apple for “[wiping] away his life” after staff at the Regent Street Apple Store in London accidentally deleted his photos and contacts while fixing his iPhone 5.

Londoner Deric White lost photos from his honeymoon, along with 15 years’ worth of contact numbers.

“My life was saved on that phone,” he said. “I lost my favorite video of a giant tortoise biting my hand on honeymoon in the Seychelles.”

White took his iPhone 5 into the Apple Store after it suffered an unspecified fault. Staffers fixed it, but after they handed it back to White, he discovered his data had been wiped. According to White, “It was only after staff fiddled around they asked if I’d backed my things up.”

He says that he and his wife burst into tears when they realized what had happened. White’s case will be heard today. He is asking for £5,000 ($7,500) in damages, which he says he will spend on a second honeymoon in the event that he wins.

Apple argues that, “The claimant has not demonstrated how he suffered any loss.”