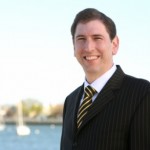 “As a former Police Commissioner, who has served New York City, Los Angeles and Boston, Bill Bratton has proven time and again that his strong commitment to public safety gets outstanding results,” Councilmember-elect Deutsch stated. “Bill Bratton is a consummate professional who brings with him a vast amount of intelligence and experience. As someone who has excelled at police-community relations and law enforcement strategies, I am confident that he will continue to keep our city the safest big city in the nation.”
Bill Bratton championed the ‘broken window theory’ as well as introduced CompStat to the NYPD, which is highly credited for dropping crime in New York City to historic lows.

Councilmember-elect Deutsch, who founded the Flatbush Shomrim over two decades ago, looks forward to a close relationship with incoming Police Commissioner Bratton, as they both share a deep commitment for improving upon public safety and quality of life concerns in our diverse communities.