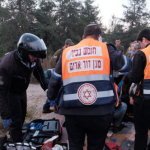 The financial cost of terrorism increased 61 percent in 2014 to $52.9 billion, a 10-fold increase since 2010, while the number of global deaths due to terrorism rose 80 percent, according to this year’s Global Terrorism Index report.

According to figures published Thursday in the Institute for Economics and Peace’s report, economic growth and foreign investment is significantly hampered in countries with “very high levels of terrorism” or “very large terrorist events,” particularly in the top 10 countries most affected by terror, such as Iraq and Nigeria.

Israel—where five people were killed Thursday in Palestinian terror attacks—ranks 24th on the report’s list of countries where terrorism has the largest impact.