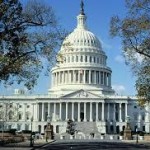 Congress will move swiftly towards new legislation reacting to the Paris terror attacks, opting to vote on a bill placing restrictions on Iraq and Syrian refugees by Thursday, Tim Mak reports for the Daily Beast. In the short term, the bill will force a pause in the admission of such refugees while the Obama administration implements a more vigorous screening process.

Under the new rules, Iraq and Syria refugees would only be admitted to the United States if the Department of Homeland Security, the FBI Director and the Director of National Intelligence unanimously agreed to certify to Congress that each refugee is not a security threat. The FBI will conduct background investigations, the agencies will report monthly to Congress, and the inspector general of the Department of Homeland Security will do annual reviews of the process to assess risk.

Out of the four million refugees who have fled Syria due to its civil war, less than 1,900 Syrian refugees have been admitted to the United States since 2012.

The legislation comes after senior House Republican lawmakers met Tuesday afternoon to discuss how to respond to the Paris attacks, which happened just four days ago. The legislation is modeled after an existing proposal from Republican Reps. Ryan Zinke and Richard Hudson.