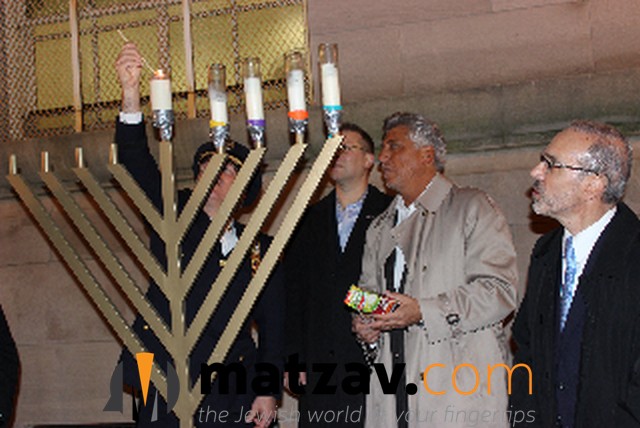 The first event took place in conjunction with Chabad on Monday December 7th in Staten Island Mall. There were performances by various hebrew schools, and a thrilling magic act. With close to 300 people in attendance, plus more from the mall, the event was a huge success. The crowd was joined by NYPD, the deputy inspector, and the commanding officer of precinct 121 Terance Hurson who had the honor of lighting the Shamosh. COJO publicly thanked NYPD and Hurson for making the event safe and successful.

The Second lighting sponsored by COJO of Staten Island took place on Wednesday, December 9th, outside of Staten Island Boro hall. Boro Hall is the center of Staten Island which is right across from New York harbor. One can actually see Ellis Island—a place where thousands of Jewish Immigrants came to this country—from Boro Hall. We greatly appreciate America for allowing us to practice freely in this country. Therefore, the lighting took place at Boro Hall as a tribute, and a show of appreciation  to our country for allowing us the beauty of tradition right in its midst.

There was an astonishing attendance of over 500 people at the lighting. Amongst them wereofficers from precinct 240, Boro President of Staten Island James Oddo,state senator Diane Savino, councilman Steve Matteo, and assemblyman MichaelCusack, giving the crowd a representation from all local governments.

Ohr Rabbi Abraham Biderman addressed the audience with a beautiful speech following the lighting led by Rabbi Eli Kogan from the Jewish Russian learning center, Congregation Shaare Tshuva, and Chief of police of Staten Island, Edward Delattore who had the honor of lighting the Shamosh.

Throughout the event there was a beautiful spread of latke and doughnuts enjoyed by the whole audience.COJO thanked Oorah and Rabbi Chaim Mints for sponsoring the doughnuts & Mark Weiss owner of Dairy Palacefor sponsoring the latkes. Also at the event was a large assortment of toys, sponsored by Joseph C.Marino from Empire Blue Cross Blue Shield Health Plus, and president of the 120 police community council as well.

The events that took place were both beautiful and largely successful. Once again COJO outdid themselves by creating functions that showcased the beauty of our religion and were enjoyed by the public at large. 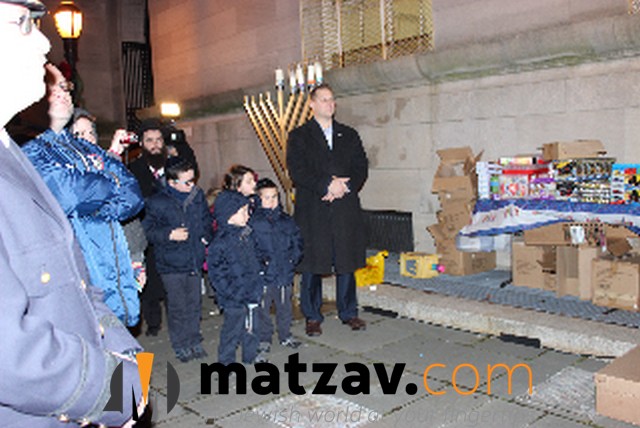 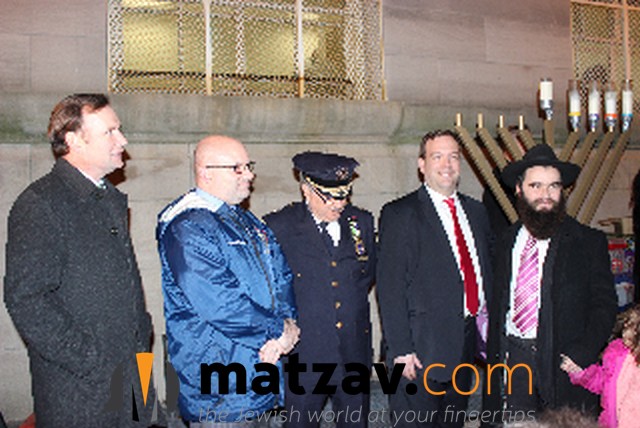 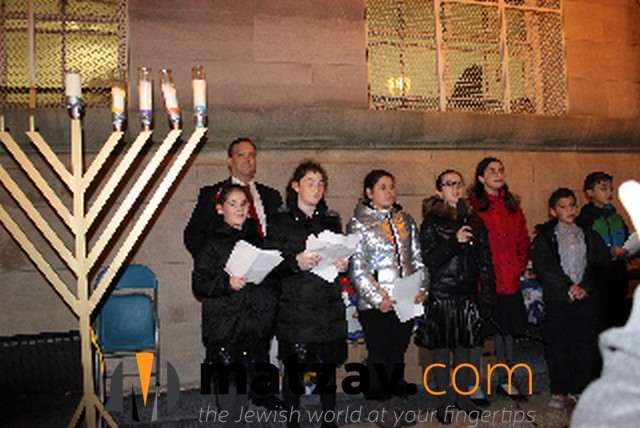 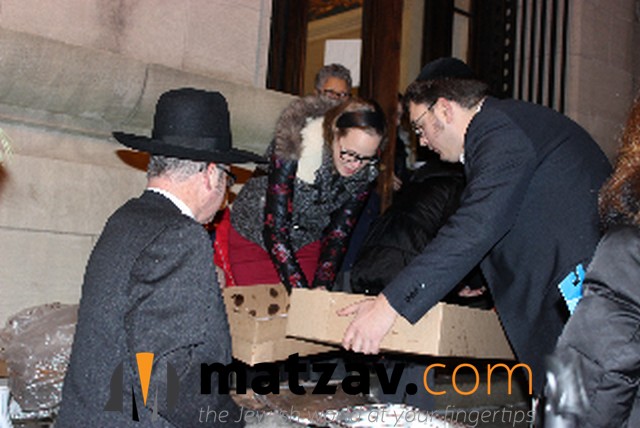 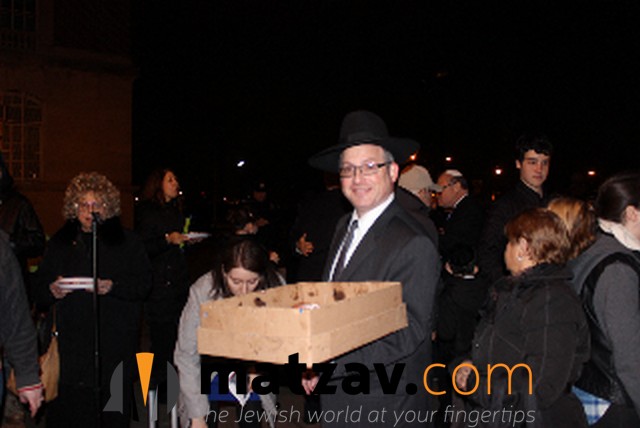 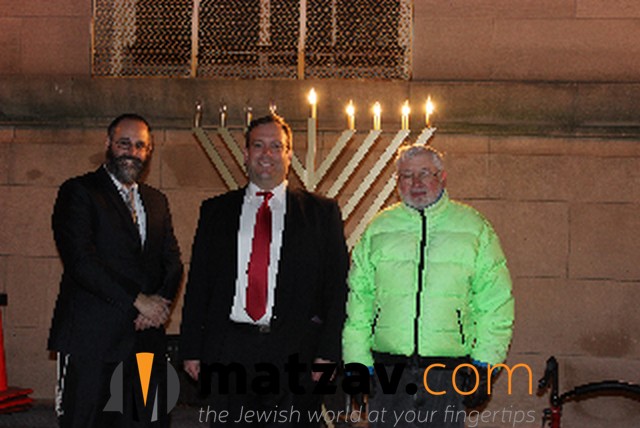 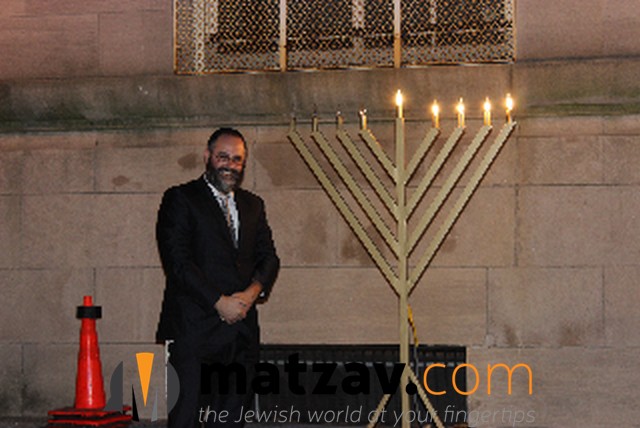