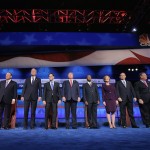 “We were shell-shocked,” one source said, after CNBC was declared the debate’s loser.

Reviews said the hosts lost control of the conversation, and numbers showed much lower viewership than the previous events. “Everyone feels pretty embarrassed,” another staffer said. Read it at CNN.