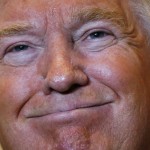 Donald Trump bragged on Twitter early Friday that, after much public controversy, CNBC has agreed to limit its upcoming Republican primary debate to two hours, following demands by the Trump and Ben Carson campaigns.

The pair had previously threatened to pull out of the event, scheduled for Oct. 28 in Denver, because of the cable channel’s lack of guarantees on time limits and opening or closing remarks.

While the network has yet to officially comment, sources have confirmed to CNN media reporter Dylan Byers that the event will, indeed, have an imposed time limit of 120 minutes, including commercials. Read more at CNN.