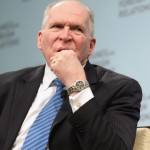 After repeated denials from the head of the CIA that his agents hacked into Senate computers, the spy agency’s Inspector General’s Office found that they did in fact do it. The report says CIA personnel improperly accessed Senate Intelligence Committee computers when they were being used to put together a report on the agency’s detention and interrogation program.

“As far as the allegations of, you know, CIA hacking into, you know, Senate computers, nothing could be further from the truth,” John Brennan said in March. “I mean, we wouldn’t do that. I mean, that’s-that’s just beyond the-you know, the scope of reason in terms of what we would do.”

On Thursday, Brennan briefed and apologized to Intelligence Committee Chairwoman Dianne Feinstein and Vice Chairman Saxby Chambliss. The Senate report, which is expected to be released soon, was investigating the CIA’s use of interrogation methods that some deemed torture in secret overseas prisons during the Bush administration.

When asked in the spring if he would resign if CIA hacking turned out to be true, Brennan said he would leave that to President Obama.

“If I did something wrong, I will go to the president, and I will explain to him exactly what I did, and what the findings were. And he is the one who can ask me to stay or to go.”

The White House said today that Obama has “great confidence” in Brennan. Senator Mark Udall, who sits on the Intelligence Committee, says the revelation “shatters” his confidence in Brennan. Read more at McClatchy.