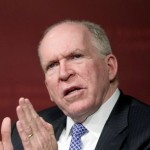 A file released in the WikiLeaks dump of John Brennan private emails seemingly shows the CIA accusing the current director’s business of behaving in a “disingenuous” manner while pursuing a government contract in 2007. The agency alleged that Brennan’s intelligence firm, The Analysis Corporation (TAC), misled the CIA; the company’s proposal was deemed substandard—at best, the Daily Beast reports.

Four of the seven CIA analyses of TAC’s proposal found it to be “marginal or below” average, according to the file. The other three rival bidders got “satisfactory” ratings or higher on all their evaluations. As a result, the CIA “eliminated TAC from the competitive range because its proposal was far inferior to that of the other three offerors.”

Yet TAC decided to lodge a formal protest about losing the contract. The CIA called aspects of that protest “simply” and “demonstrably false.” The agency also bashed TAC’s “clear unreasonableness” in its protest document.