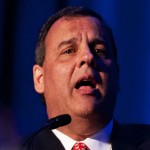 New Jersey Gov. Chris Christie stressed that parents should have a “choice” when it comes to vaccinating their children. The likely Republican presidential candidate said parents “need to have some measure of choice” and that “not every vaccine is created equal, and not every disease type is as great a public-health threat as others.”

Christie said all of his four children have been vaccinated. When running for governor in 2009, Christie wrote that he stood with families dealing with autism who wanted parental controls on vaccination decisions.

Later today, a spokesman said Christie believes there is no question kids should be vaccinated for measles, but called for “balance in which ones government should mandate.”

President Obama has called on parents to vaccinate their children and said the medical support for doing so was “pretty indisputable.” In 2008 though, Obama said “some people are suspicious that [autism] is connected to the vaccines. This person included.” Read more at The New York Times.