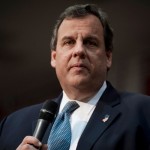 During an interview with conservative talk show host Hugh Hewitt, Chris Christie joined the chorus of governors saying that they would not accept Syrian refugees into their states.

Because he does not trust President Obama’s vetting ability, Christie said he wouldn’t even allow “three-year-old orphans” into his state.

New Jersey ranks in the top 10 for Syrian refugee admissions in 2015. Read more at Twitter.