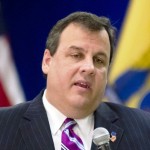 “They took my Social Security number, my fingerprints as a U.S. attorney that were on file there. And what has this president done? Not one thing,” Christie said during the Republican undercard debate.

“If the Chinese commit cyberwarfare against us, they are going to see cyberwarfare like they have never seen before,” Christie said. Read more at POLITICO.