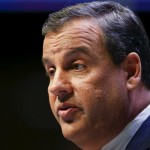 For the first time in 95 years, space on the Times’ front page was devoted to an editorial calling for greater gun regulation in following recent deadly mass shootings.

Publisher Arthur Sulzberger Jr. said the newspaper is trying to “deliver a strong and visible statement.”

“It is a moral outrage and a national disgrace that civilians can legally purchase weapons designed specifically to kill people with brutal speed and efficiency,” the editorial reads. “These are weapons of war, barely modified and deliberately marketed as tools of macho vigilantism and even insurrection.”

The editorial came only a few says after the shootings in San Bernardino, where 14 people were killed. Wednesday’s shooting was labeled the third deadliest mass shooting in the United States the last 20 years.

“The fact is that what we need to be focused on here are two issues: taking criminals who commit crimes with handguns and putting them in jail. And we have to work on our mental health system in this country to give doctors and caregivers greater latitude to involuntarily commit folks who have mental health issues and who don’t want to take their medication and help themselves,” he said.

Christie, who is currently seeking the GOP presidential nomination, also criticized President Barack Obama and Hillary Clinton, who is seeking the Democratic nomination, for the way they have handled gun control effort

“Remember, the president and the secretary, before they even knew what was going on here, ran out on the first moments after this attack and said this was a gun control issue,” Christie said. “I don’t know what gun control laws, John, are going to stop terrorists from attacking us.”

Obama pushed legislation he said would prevent those on the no-fly list from buying guns and toughen existing background checks, which was blocked on Capitol Hill on Thursday.

Some high ranking Republicans pointed out the guns used in California were bought legally and new background checks would not have changed that, CBS2’s Dave Carlin reported. They say the focus should be on enhanced government surveillance.

Long Island Rep. Peter King is all for that and said he believes some new legislation on guns could help.

“They feel any encroachment at all will lead to taking away the rights,” he said. “It won’t. Any legislation I support will protect the Second Amendment and state that a person is a criminal has a criminal record or has a history of mental illness or is on the terror watch list should not be able to purchase a weapon. I don’t see why anyone would be opposed to that, but some see it is the first step to take away their guns. It wouldn’t be though.”