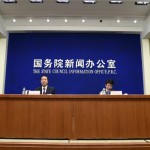 Starting January 1, 2016, Chinese couples will be allowed to have two children. Chinese lawmakers unveiled the new law, which ends the long-standing one-child policy, during a session of the National People’s Congress Standing Committee.

The policy is largely seen as an attempt to assist with the country’s aging population problem, but human rights activists say it doesn’t go far enough in liberating potential parents from government control. Read more at Xinhua.