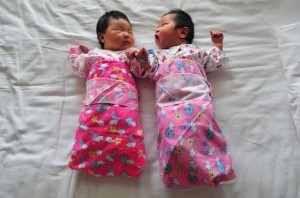 Beijing has decided to end its 35-year-old policy of restricting couples to one child. Because of China’s aging populace, the ruling Communist Party will reportedly now allow families to have two children, expanding upon a limited birth-rate set in 1979 in reaction to booming population growth.

The law has been controversial largely for its punishment of couples who violated it, from monetary fines to forced abortions. Read more at BBC News.