Mi Kamocha Am Yisrael? It was exactly a week ago when the public learnt about the tragic murder of Rabbi Ari Fuld HY”D who died al Shem Kiddush Hashem when despite his mortal wounds, he heroically neutralized his own murderer before the terrorist could harm or kill anyone else.

Less than a week later, Ari’s father and children were writing the final letters on the Sefer Torah that was donated (one of 23) in his memory by the Rennert family at an event that was held in the office of Rav Aharon Bina shlit”a at Yeshivat Netiv Aryeh. Ari was a  talmid of Rav Bina, and every Thursday night for the past 15 years without fail Ari would come to the Yeshiva to learn, teach and sing.

Two beautiful Torah covers were also made and the inscription on the reads as follows:

In memory of the Hero HaRav Ari Yoel Fuld HY”D
Son of Harav Yonah and Golda Chaya Mendel
Sanctified the name of the Almighty in his life
and in his death.

“Behold a people that riseth up as a lioness,
and as a lion doth he lift himself up” 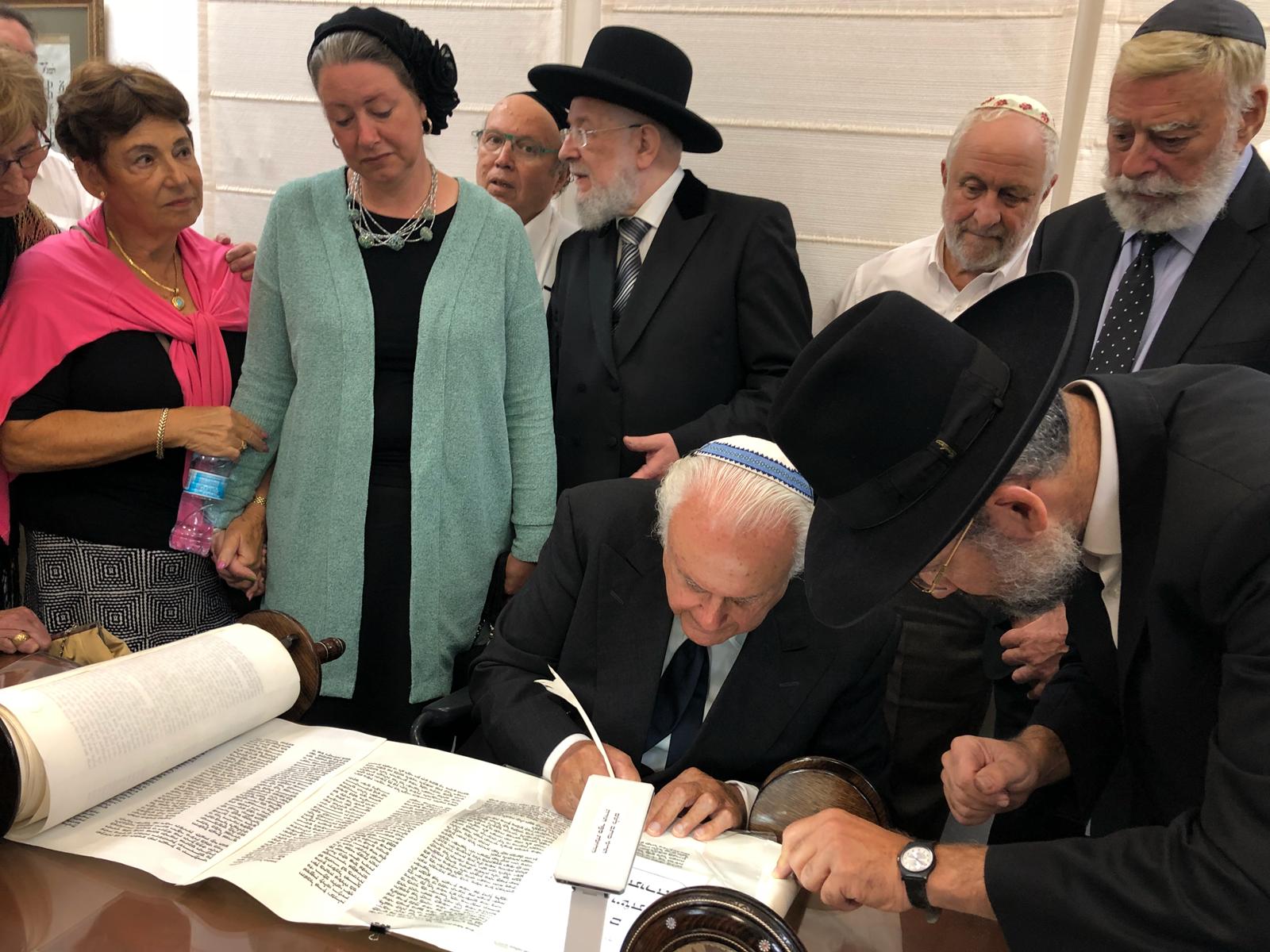 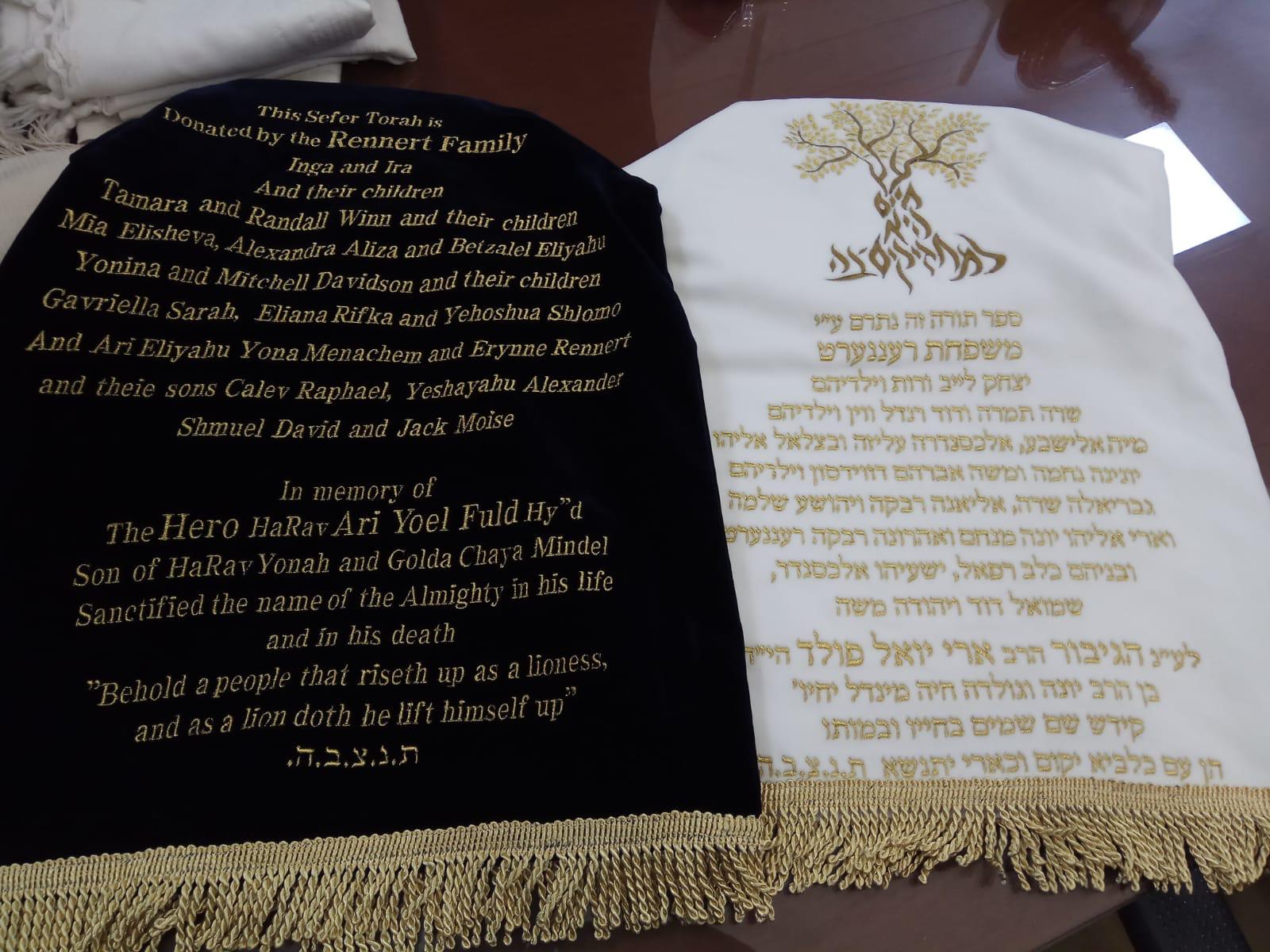 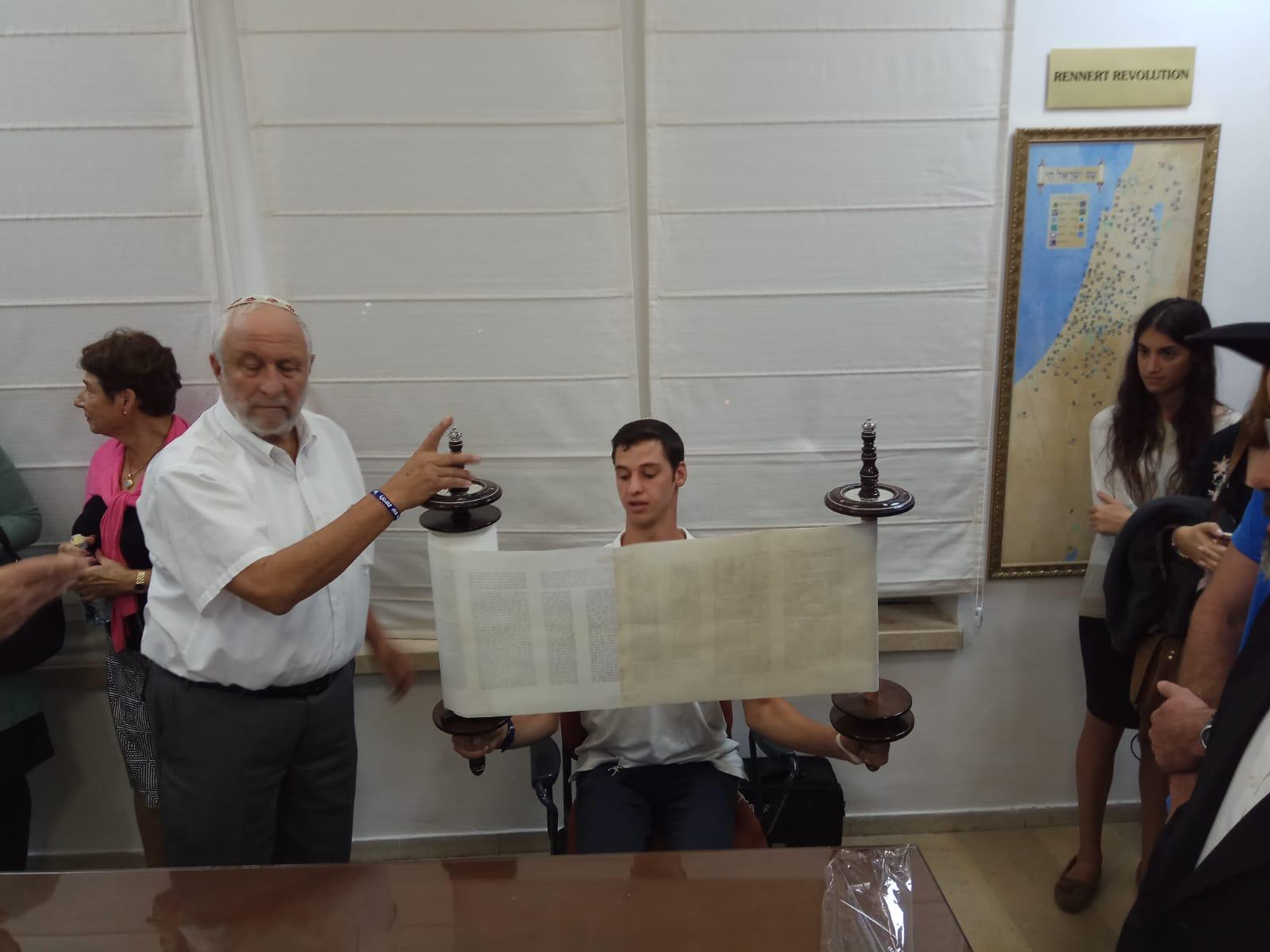 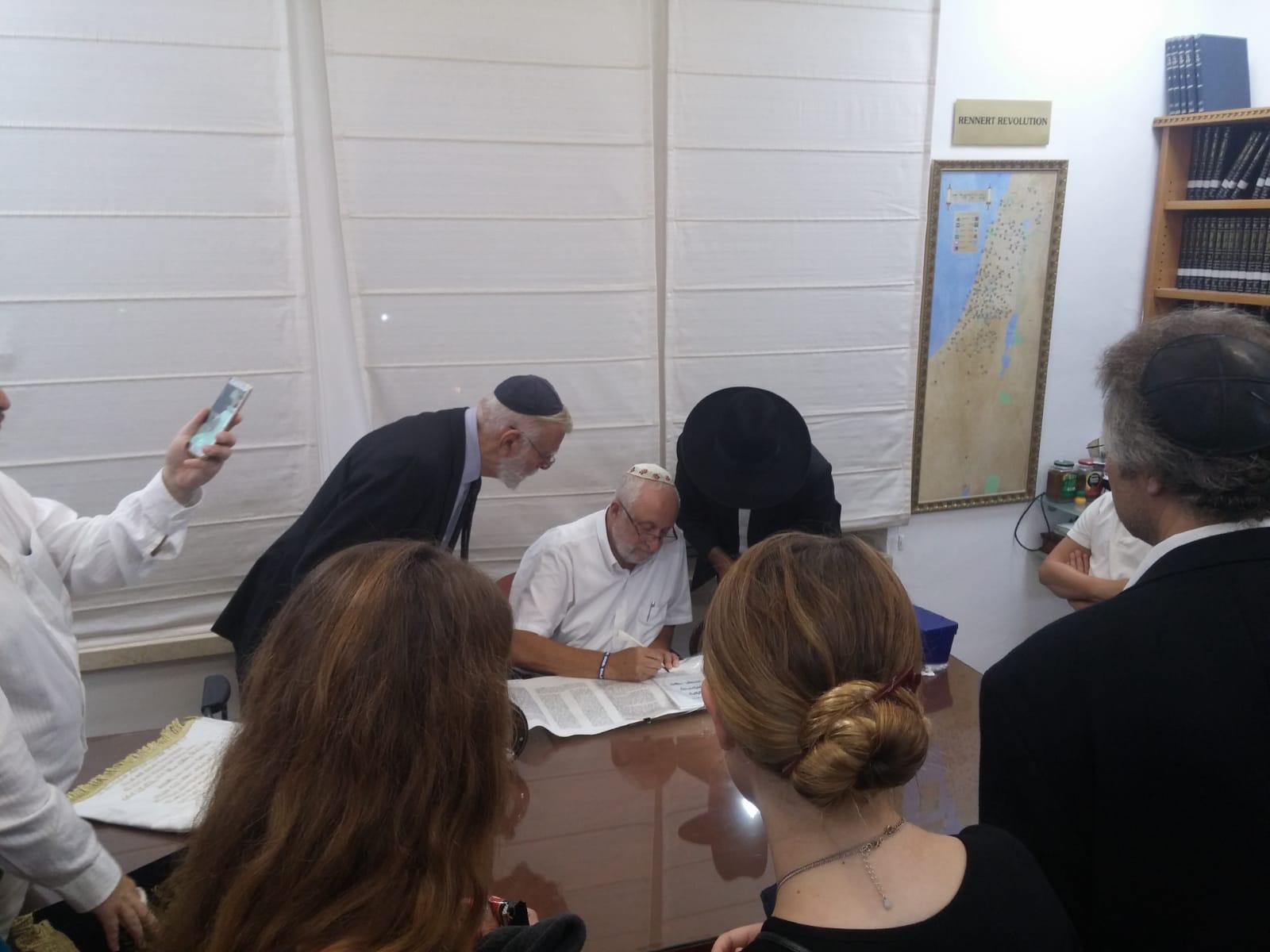 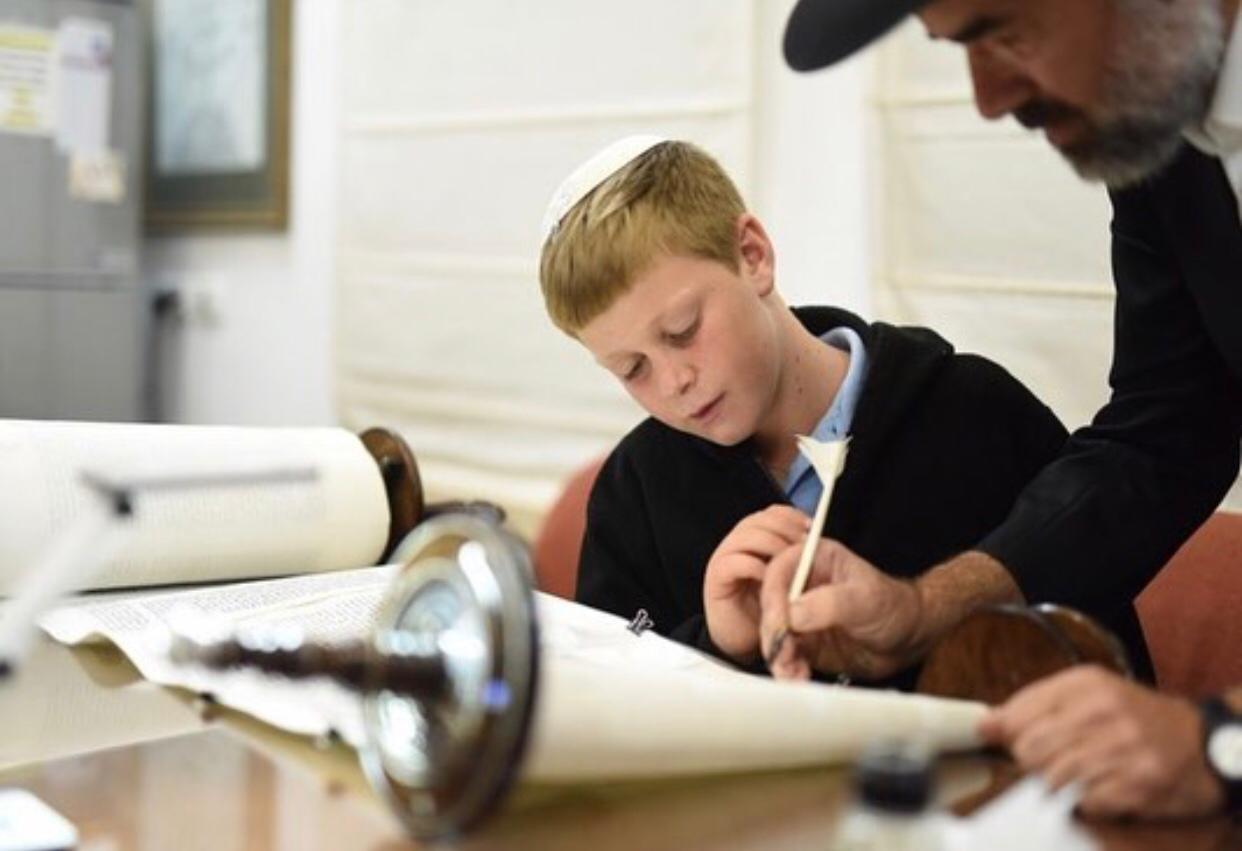