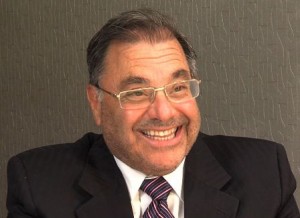 The Council of the Chief Rabbinate of Israel has decided not to immediately renew the tenure of Open Orthodox Rabbi Shlomo Riskin as chief municipal rabbi of Efrat, generating vociferous objections from political and rabbinic quarters, the Jerusalem Post reports.

Riskin, 75, will have to appear before the body for a hearing on whether his service as chief rabbi of Efrat should be extended for another five years before a final decision is made.

Several senior municipal chief rabbis on the council have objected to an extension for Riskin and expressed opposition to his stance on conversion reforms during its monthly meeting on Monday.

Riskin has, in the past, strongly criticized chareidi Knesset members for their stance on the government’s conversion reforms. Riskin defends removing Chief Rabbinate supervision of the conversion process.

“I do not understand the whole issue,” he said back in 2014. “Yes, I think there is a (Torah) commandment of ‘you shall love the convert.’ Yes, I think that the Chief Rabbinate until now did not know what it is to get someone who wants to convert treated properly, with love and care,” he fired. “How dare they say that my conversions were not done according to Jewish Law?”

“…The halakha itself talks about love. Don’t you know a very simple mishna: ‘be disciples of Aharon, loving peace and pursuing peace?’ Love people and bring them closer to Torah through love… I’ll tell you, in my opinion the chareidim are the biggest ‘Reformers’, in many many things, including opposition enlistment into the army because ‘there is nothing but Talmud (study)… There is no (early halakhic authority) who says that learning Torah physically protects peoples’ lives,” he said.

Riskin also has an ambitious program to fill Israeli society with female halachic adjudicators just experienced a significant advance. Riskin appointed a woman, Dr. Jennie Rosenfeld, to the position of Mahniga Ruhanit (Spiritual Leader) in his city of Efrat. Riskin explained that Dr. Rosenfeld will render halachic rulings on questions posed to her, and that there is no bar to women serving as rabbinic judges: “The only reason why women cannot be judges is if they are not accepted by the people,” he said. “When it is clear they are accepted and have halachic knowledge, they can render halachic decisions,” says Rabbi Riskin.

Riskin has founded the Susi Bradfield Women’s Institute for Halakhic Leadership, which aims to create a cohort of female halachic leaders, trained and certified, despite the stances of gedolim that women are not to receive semichah.