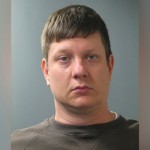 Jason Van Dyke, the Chicago police officer who was charged with the murder of Laquan McDonald, is out on a $1.5 million bond on Monday.

He was charged with first-degree murder last week for shooting McDonald 16 times during an October 2014 confrontation.

The shooting and subsequent delay in investigation by Chicago authorities prompted protests across the city following release of surveillance video showing the incident. Read more at ABC News.