A billboard in Chicago that called for a boycott of Israel has finally come down after it sparked outrage.

The billboard was part of a campaign which is being advertised in “multi-cities,” according to the SEAMAC Facebook page, including Seattle and Chicago.

The ad in Chicago was displayed on a billboard owned by Lamar Advertising, a publicly traded company founded in 1902 and one of the largest outdoor advertising companies in North America, with more than 315,000 displays across the United States, Canada and Puerto Rico, according to their website.

The billboard prompted a large number of comments and phone complaints to the Lamar company, according to a post on their Facebook page.

In a statement explaining the sign’s removal, Lamar said, “Serious questions concerning the Seattle Mideast Awareness Campaign (SEAMAC) billboard in Chicago have been raised in numerous contacts to Lamar Advertising. Since Advertiser responsibility is central to Lamar’s Copy Acceptance Policy, we have tried to contact SEAMAC to discuss these issues but have not received a reply to our telephone and email messages. Therefore we have decided to remove the SEAMAC copy as soon as possible.” 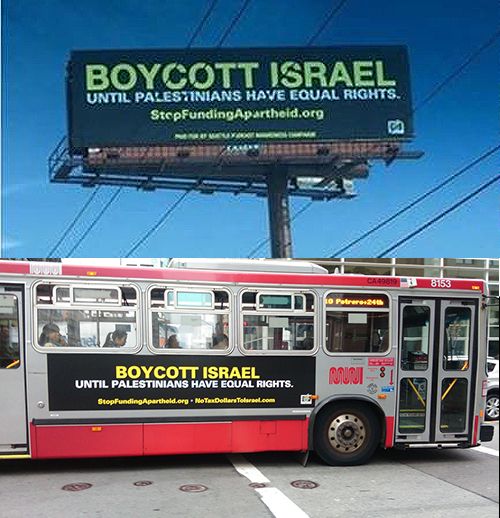