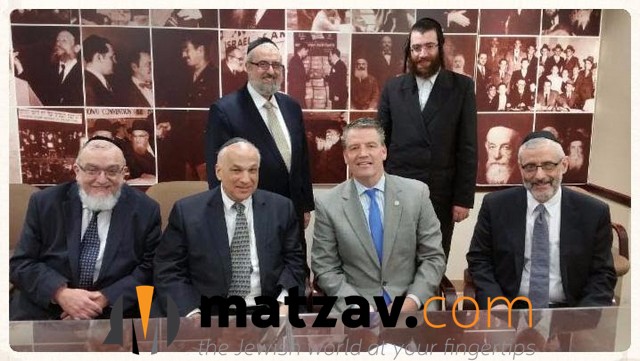 In addition, they discussed various problematic bills that had been previously proposed but not passed in New York state. One such bill proposed that hospitals only need to make a minimal effort to notify the patient’s surrogate before disconnecting life support. Another bill would have allowed hospitals to ignore the directives of the surrogate and discontinue life support based on what the hospital claims is the patient’s decision. Chayim Aruchim is aware of situations where the hospital made this claim when, in fact, this was not the case. Another concerning bill would have allowed “medical futility” to be a factor in a DNR (do not resuscitate) order.

Senator Murphy, who was elected to the NY State Senate in 2014, is particularly interested in health issues as he serves as a member of the NYS Senate Health Committee. Chayim Aruchim hopes to continue working with Senator Murphy on this and other important issues in the future. 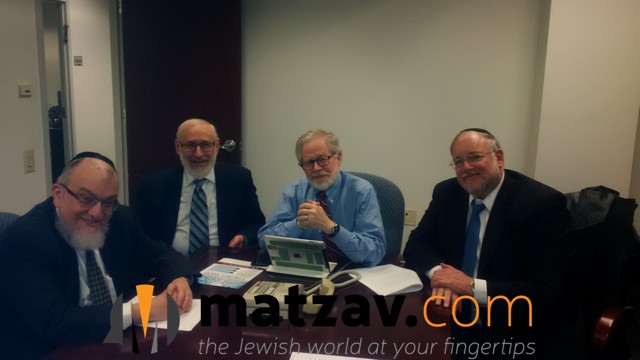 The main item on the agenda was New York State’s amended Palliative Care Information Act, which requires health care professionals to present seriously ill patients with all available treatment options. Chayim Aruchim’s representatives informed Assemblyman Gottfried that this law is widely being violated with physician’s failing to inform patients of all possible courses of treatment as well as projecting their own personal values into the discussion, telling them what treatment they would pursue if their own mother was in the same situation. Physicians are required by law to offer the option to their patients or their designated health care proxy, without any personal recommendations or suggestions, allowing the patient or their representative to make all decisions based on their own value systems.

Also discussed was the Assisted Suicide bill, with Chayim Aruchim representatives explaining to Assemblyman Gottfried why Jewish law opposes a measure of this nature.