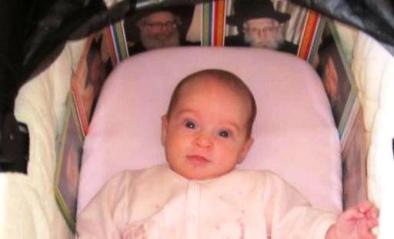 Yerushalayim is still reeling from the attack on the light rail at Ammunition Hill. The vehicle in the attack was driven by a resident of East Jerusalem, who crashed through the station and struck a family waiting there.

As reported earlier, a baby, Chaya Zissel Braun a”h, was killed in the attack. She was a daughter of Rabbi and Mrs. Shmuel Elimelech Braun.

Her grandfather, Rabbi Shimshon Halpern, said that the baby’s parents had waited years for a child.

“Here was a pure girl, with a holy soul, who had done no wrong and was murdered for no reason.”

Rabbi Halpern related that the “family was returning from a visit to the Kosel.”

The driver of the vehicle tried to flee on foot but was shot by a policeman and was seriously injured. The terrorist is 21 year-old Abdur Rahman Slodi of Shiloach (Silwan). Slodi had previously served in Israeli prison for terrorist activities.

Magen David Adom reported that a total of 9 people were taken to hospitals.